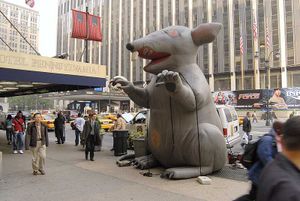 Strikes Are Making A Comeback After a dip in the number of strikes in recent years, strikes or labor work stoppages seen to be making a modest comeback, sometimes morphing into new forms like the 1 day strike.

American labor history is filled with a litany of works stoppages, many of which were violent and damaging to all parties involved, including the Pullman Strike, the U.S. Steel Strike of 1959, the 1970 U.S. Postal Strike and the Professional Air Traffic Controllers Organization strike of 1981, which ended with the firing of 13,000 air traffic controllers by President Ronald Reagan.

For most human resource practitioners in 2015, the idea that your employees might engage in a strike is probably not at the top of the list of things that keep you (and your chief human resource officer) up at night. That may not be a true statement in 2016 and beyond, given a recent series of labor contract rejections and the adoption of the one-day strike as a tactic that is being used with much greater frequency by employee groups, whether they are union-represented or not.

As noted on the website of the National Labor Relations Board, employee strikes are typically regarded as protected concerted activity as defined under Section 7 of the National Labor Relations Act. “Employees shall have the right … to engage in other concerted activities for the purpose of collective bargaining or other mutual aid or protection.”

Strikes are included among the concerted activities protected in this section. Section 13 also concerns the right to strike, stating: “Nothing in this act, except as specifically provided for herein, shall be construed so as either to interfere with or impede or diminish in any way the right to strike, or to affect the limitations or qualifications on that right.”

Despite these protections under the act, not all strikes are of the same nature, and not all strikes are legal. Most strikes fall into one of two categories, economic strikes or unfair labor practice strikes. Depending upon the nature of the strike, and even specific details, a strike may be lawful or unlawful. Workers engaged in unfair labor practice strikes enjoy a higher degree of rights and protection than workers engaged in an economic strike.

Strikes are serious events by nature and can have a significant impact on both employers and employees. For employees, there is the obvious loss of income and benefits, and in some cases, the possibility of being replaced on the job. For employers, even a one-day event can create serious issues if not handled properly, including disruption of operations, brand damage, loss of customers, and in the worst cases, vandalism or violence. Strikes often result in the filing of unfair labor practices against the employer, carrying remedies that can include reinstatement and back pay.

It may be too early to call the return of the strike a trend, but there is definitely something going on within the American workforce.

On Nov. 10, workers in service-sector industries such as fast food, health care, child care, airports and retail from across the United States participated in the latest of a series of one-day strikes, calling on employers to raise their wages to $15 an hour and honor their right to join a union. According to organizers, strikes and protests were held in 270 cities across the nation.

The Patriot Ledger reported that a small group of IKEA workers in Massachusetts engaged in a one-day work stoppage, preventing deliveries to a retail location. Overnight workers at IKEA went on strike early Monday morning, Nov. 16, shutting down operations at the Stoughton store in an effort to make the furniture company recognize their fledgling union.

The one-day strike, in which workers refused to move new products from trucks into the store, was prompted after IKEA refused to recognize a public petition delivered by the workers stating that 75 percent of them had voted to join the United Food and Commercial Workers, the nation’s largest private-sector union, with 1.3 million members.

In Sheboygan, Wis., employees at a Kohler plant voted to go on strike for the first time in over 30 years after rejecting a last, best and final offer from the company during collective bargaining.

The first labor strike at the Kohler Co. in more than three decades began Monday, Nov. 16 with huge crowds of employees and their supporters marching outside company headquarters after union members rejected the company’s final contract offer a day earlier.

On day two of the Kohler strike, a judge issued a temporary order preventing strikers from interfering with traffic around the Kohler facility. Police were onsite on day one to assist nonunion employees in gaining access to the worksite.

According to USA Today, workers at seven of the busiest airport hubs went on strike for one day just before Thanksgiving of this year, protesting what they say are bad wages and threats against unionizing. Some 2,000 plane cleaners, baggage handlers and other workers went on strike at New York’s Kennedy and LaGuardia airports, as well as Newark Liberty, Chicago O’Hare, Boston, Philadelphia, and Fort Lauderdale, Fla., according to a union representative.

Wal-Mart stores were picketed on Black Friday of this year by activist groups calling on the company to raise wages and change some work practices.

Other work stoppages or one-day strikes occurring recently include:

*Port drivers in California called a four-day work stoppage as part of their efforts to gain union representation. Longshoremen at western ports slowed down their work at the end of last year and earlier this year in pursuit of their labor demands, according to the Pacific Maritime Association.

*85 workers at a FedEx terminal in Gardena, Calif., walked off the job for one day as part of their efforts to organize a union.

*Union-represented employees of Southern California El Super conducted a one-day strike against the grocery chain. The parties have been engaged in prolonged negotiations for a new collective bargaining agreement to replace the one that expired in September 2013.

*Workers at Nexteer Automotive in Saginaw, Mich., went on strike after voting down a proposed collective bargaining agreement, though they returned to work less than 24 hours later. Even though the strike was short, reports of vandalism were mentioned on the union’s Facebook page, where strikers were asked to “stop damaging vehicles.”

Strikes may be rare, but it is noteworthy that they have been occurring more frequently in recent years. It is prudent for HR professionals to consider including a strategy for responding to picket lines and protests in their company’s operational plan, especially given the compliance risk and remedies for situations that are not handled properly.

Here are a few items HR professionals might want to consider if just getting started in writing a response plan, as noted on a blog published by MADI, a leader in business continuity, contingent staffing and security:

These are just a few of the elements that should be considered as part of a strike contingency planning effort.   For CUE members, we have a checklist with guidelines for responding to unplanned pickets or protests.  Please contact Michael VanDervort if you would like a copy.