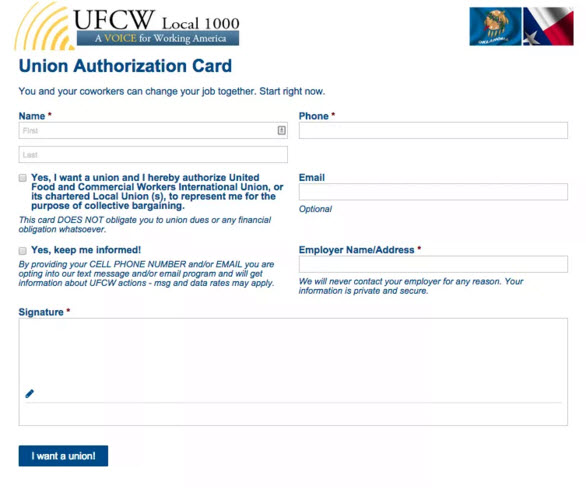 It’s too early to start calling it a trend, but I’m hearing an increasing number of stories filtering in to the office from CUE members or on-line news stories regarding an uptick in the use of electronic organizing techniques by unions.

Examples of this type of activity that have been seen  recently include:

— reports of a health care campaign in Pennsylvania where organizers were collecting signatures on an e-card on iPads;

Stay tuned. It’s something to keep an eye on for now, and we will have a session covering these issues of Responding to Online Organizing at the conference in Orlando.