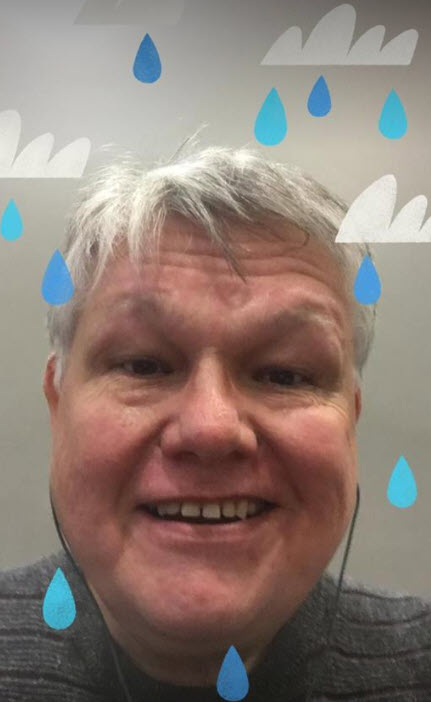 Hello and welcome to this “scary”  Halloween edition of the Carnival of HR in which I suggested that people share a story about a scary HR practice or manager issue that they had to deal with in the past.  As is the norm for the Carnival,  most people ignored that request and sent in posts talking about whatever they thought was important to them.   Okay.  I can deal with that.

Let’s start with a Halloween reminder from the legendary Steve Browne that we need to beware the HR Zombie!

It’s the week of Halloween, and I know that HR is scary overall. It doesn’t have to be, but many people position it as a field that is daunting, challenging and often overwhelming. When I hear these descriptions of human resources, I can empathize that there may be seasons where these feelings occur.

Next up is the mad scientist of HR, the Dr. Frankenstein of HR bloggers, Matthew Stollak who shares an article from the Zenefits website about “constructs”.

HR professionals are busy, but many of us spend a lot of time trying to tackle fleeting concepts like constructs. Most, if not all, constructs in business and psychology are hypothetical (including such notions as satisfaction, equity, quality, and diversity). They are not ‘things.’ We cannot take one and place ‘it’ on a table for examination.

Not sure what he is constructing on that table in his hidden lab below the old castle, but you can find out what Matt thinks about the construct we call culture.

The image below is sent to us by the folks at Labor Union Report, pointing out the protracted negotiations at Disney, and a scary demand for a 37% wage increase by Disney employees who have protested several times in recent weeks. From Prasad Kurian’s blog on HR, OD and Personal Effectiveness, our next beastly story covers a horrific practice in people management that is also surprisingly common – ‘designed to fail’ roles!

Stretch roles are very popular these days as a development tool especially for high-potential employees. They provide an opportunity for accelerated learning. They can also lead to significant value creation that can benefit both the organization and the (credentials of the) employee.

So what is the problem?

Generally, we try to keep the Carnival fun and kind of lighthearted in tone, but with all the issues related to sexual harassment and other kinds of abuse in the headlines lately, it’s appropriate to take a serious look at the issue  with this very appropriate comment from Stuart Rudner who points out that after the Weinstein scandal, sexual harassment can no longer be seen as ‘cost of doing business’.

My social media feed has been filled with stories about Harvey Weinstein and the sexual harassment and assault that has apparently been allowed to continue for decades, interspersed with mentions of the recent International Day of the Girl. What an interesting dichotomy. At the same time that we celebrate the fact that girls should not be limited in their aspirations or goals, and should not be scared simply because they are girls, we hear about the horrific treatment that aspiring young actresses have endured and are reminded that “being a woman remains the least safe you can be.”

These weren’t the only looks at harassment that came up, unsurprisingly.  We shared some thoughts here on the CUE blog in the post “Harassment in the Headlines” where labor union leaders found themselves in trouble.

Kristina Minyard says then when she thinks about scary HR stories, this is the scariest one she knows.  She hopes this post challenges HR professionals to sharpen their investigation skills and ability to speak up for the right thing. Sexual harassment is a sensitive subject that has to be addressed in all of our workplaces.  Go to Human Resources….if you dare.

In a time when sexual harassment victims are speaking up in a variety of industries, I’m seeing more and more people ask, “Where was HR?” … “Did anyone go to HR?” I’ve just scrolled past these comments and kept my mouth shut as people have argued one way or the other whether employees should or should not go to HR. Ironic right? That I would choose to keep my mouth shut (and not just because I have a big mouth)

Wouldn’t it be great if our employees all came to work in their “Employee of the Year” costumes every day?  Wait, what?  Don’t you have that kind of workforce?  That’s frightening!

A recent Gallup research study shows that employees who do not feel properly recognized are twice as likely to say they will quit within the next year.

Here are some tips from Judy Lindenberger, President at The Lindenberger Group, LLC that might help you with that.

Another scary harassment story from the hotter than hell HR kitchen by the Carnival’s owner and operator Robin Schooling.

We’ll close out the Carnival for Halloween with a post from the Other Mike – Michael Haberman who asks an always scary compliance question.  Are breaks paid or unpaid?

I find it amazing sometimes the extent to which employers go to try to get around rules. The Fair Labor Standards Act says that, while breaks are not required for nonexempt hourly employees, if an employer allows breaks then they must be paid if they are twenty minutes or less in length. The concept is that employees are to be paid for a continuous workday, excepting bona fide lunch or meal breaks of 30 minutes or more. I started my HR career working in a plant environment where we had three, around the clock shifts of 8 hours. There was no meal time, as this would require the employees to work less than 8 hours and they did not want to be shorted time. They were given two 15 minute breaks for which they were paid. All of that complied with the FLSA. I thought it was simple, but some employers have tried to get creative.

Don’t worry HR, if you get this compliance stuff wrong, the Courts are always happy to weigh in on compliance issues.

That’s it for the Carnival of HR for October 2017.  Don’t be scared and don’t eat too much candy!