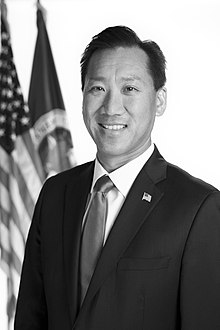 Republicans challenge use of union time by federal unions

Republicans challenge the use of union time by federal unions Interesting developments in Washington D.C. between federal union representatives and Republicans over the use of paid time to perform union-related business. Much of the effort is under the purview of OPM Director Jeff Pon who previously served as chief human resources and strategy officer for the Society for Human Resource Management, a non-profit professional membership organization.  Pon took the OPM job in March 2018.

House Republicans accused unionized federal workers Thursday of abusing a law that allows them to take paid time off to attend labor-management meetings and address workforce issues outside their regular jobs.

The House report was published just days after the Office of Personnel Management raised similar concerns about unionized civil servants.

In a survey, a panel of the House Oversight Committee found that more than 12,500 employees took advantage of legally sanctioned time off, known as “official time,” for labor-related activities such as worker disputes, whistleblowing, and collective bargaining.

The Department of Veterans Affairs was among the worst offenders, the House panel said. There, 472 employees spent 100 percent of their working hours on labor-management-related business in fiscal 2017, according to the GOP report. Those employees included a VA nurse anesthetist and dentist who each made more than $190,000 a year.

“Some collective bargaining agreements allow certain labor union employees to spend 100 percent of their time on official time,” Republican staff wrote. “These employees are subsidized by American taxpayer dollars, but do not have to do their regularly assigned work.”

That conclusion echoed the findings of an OPM biennial report on official time, which OPM Director Jeff Pon labeled as “Taxpayer-Funded Union Time within the Federal Government.” Pon estimated that the taxpayer cost of employees using official time was up nearly 7.6 percent, to $174.8 million, in fiscal 2016 from two years earlier.

Democrats and unions challenged those conclusions, calling them part of a broader assault against career civil servants led by President Donald Trump, who has accused the “deep state” of thwarting his policy agenda.

In a statement submitted to the House Oversight Government Operations Subcommittee, the American Federation of Government Employees disputed that official time was “union time,” saying the time was not used to recruit union members, hold union meetings, campaign or hold elections for union office, or collect dues. Rather, AFGE said, “it is time spent representing workers who are the victims of illegal discrimination, illegal harassment, or other prohibited personnel practices.”

“Misleading reports on official time are just the latest barrage in a series of attacks aimed at reducing protections for federal employees in the workplace,” said AFGE National President J. David Cox Sr. in a written statement. “Federal workers assure delivery of services over politics, and the unions that represent workers help preserve civilian protections over partisanship.”

“The Trump administration is launching a multi-front attack on our independent civil service,” said Rep. Elijah Cummings (D-Md.). “These actions will harm middle-class workers who dedicate their lives to public service, impair our ability to recruit and retain the best and brightest, and degrade the services that our government delivers to the American people.”

Pon has called for revising civil service laws, including changes to official time and a $143.5 billion rollback of pension benefits. An OPM spokeswoman denied rumors of civil service layoffs, saying “there are no high-level” discussions about a reduction in the federal workforce.

But change already is happening at the agency level. In March, Education Secretary Betsy DeVos unilaterally imposed a new contract on the agency’s nearly 4,000 unionized employees, prompting AFGE to file a complaint to the Federal Labor Relations Authority.

DeVos and Agriculture Secretary Sonny Perdue also have limited employee telework, turning back an Obama-era expansion of such benefits, which were billed as a way to attract and retain employees.

President Barack Obama experienced a similar backlog in 2010 after the labor authority went without a top lawyer for 17 months, resulting in more than 340 deferred cases.