Neal pushes for engagement between USTR, labor on USMCA

“I do think that it would be a good idea if labor and the AFL-CIO and trade staff here in the House and the USTR would get together during the next 10 or 12 days,” Neal told reporters Wednesday after a meeting with the nine-member USMCA working group, which he leads, and Lighthizer. “I think that would be very helpful while we’re back in the district.”

House Ways and Means Chairman Richard Neal is calling for U.S. Trade Representative Robert Lighthizer and his staff to engage directly with organized labor officials in an attempt to reach a compromise over labor and enforcement aspects of USMCA.

The comments highlight how outstanding differences over the pact’s labor standards, as well as enforcement of those standards, has emerged as one of the biggest remaining obstacles to House Democrats reaching a deal with Lighthizer. The two sides have been negotiating for months on changes to the deal in a handful of areas, including environmental aspects and drug pricing provisions.

Neither the AFL-CIO nor USTR immediately responded to requests for comment about whether they would be open to such a meeting or whether any plans are already in the works.

AFL-CIO President Richard Trumka was at the Capitol this week for meetings, first with Neal and Speaker Nancy Pelosi and later with the Congressional Progressive Caucus. Neal called the meeting with Trumka “very helpful,” adding: “The differences continue to narrow, and I remain optimistic.”

“I think everyone would acknowledge that Trumka is key,” added John Larson (D-Conn.), a member of the working group. “But I would say that while he’s not there yet, he certainly has been very positive about a number of the issues that they continue to discuss.”

One remaining concern among Democrats and Trumka is ensuring that Mexico fully implements its promised labor reforms. Neal added that Democrats also want to see USMCA end up strong enough on the labor front that it becomes a template for future trade deals.

Neal emphasized that the Democratic baseline is getting the commitments outlined in what’s known as the May 10 agreement to be “copper-fastened” in USMCA. The May 10 agreement, named for the day in 2007 that it was signed, requires countries to enforce a series of internationally recognized labor standards, including collective bargaining rights.

House members are scheduled to take a one-week recess starting Friday and will not return to Capitol Hill until Nov. 12. Neal said he made himself amenable to Lighthizer and would be available next week to continue discussions.

He also said he will be traveling to Canada next week to meet with Prime Minister Justin Trudeau to discuss USMCA. Neal similarly led a delegation to Mexico City last month to discuss the pact with Mexican President Andrés Manuel López Obrador.

The weeklong break and calls for more labor meetings suggest that a deal between Lighthizer and House Democrats is unlikely to happen until closer to mid-November.

“Every week it looks like the end of the tunnel is here,” Larson said, “and then it gets a little bit further.” 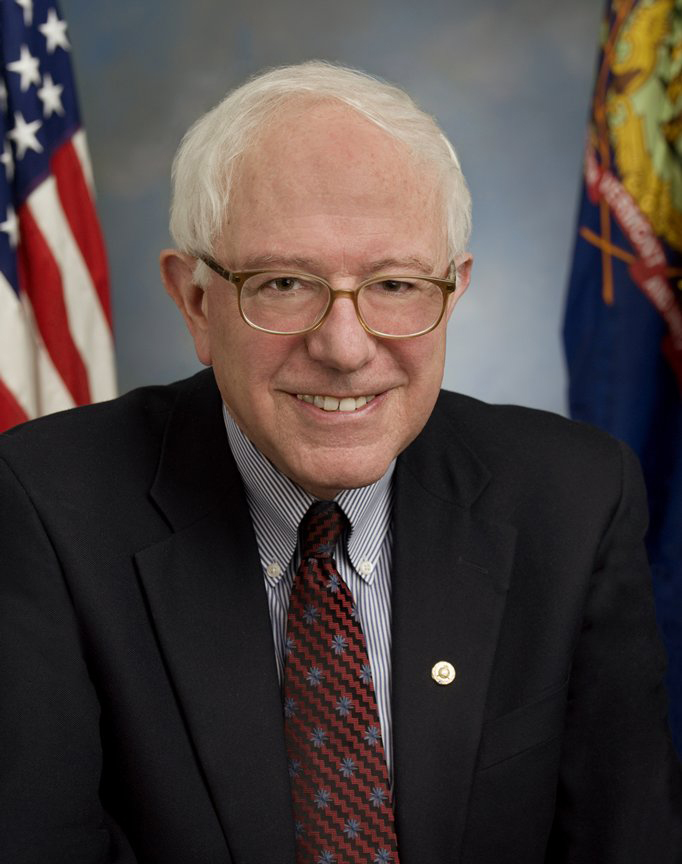 As Labor Day approaches, the drumbeat of plans to save the labor movement in the US is cranking up. As reported in the Detroit News, organized labor is a pillar of the Democratic Party, but many white working-class voters and union members in swing states backed Republican Donald Trump in 2016. Democrats are working to win back those voters in the next presidential election, but party leaders and union members are telling candidates that they need to talk about issues that matter to working families.

Sen. Bernie Sanders (I-Vt.) released a plan Wednesday that would “at least double” union membership in the United States and “substantially raise wages” among middle-class workers. The announcement coincides with an AFL-CIO event for the Democratic presidential candidates in Iowa.

Sanders’ plan rests on major changes to federal labor law, including the end of “at-will” employment, meaning that companies would be prohibited from firing workers without just cause.

Sanders seeks to create a European-style system of collective bargaining, where union leaders and managers would agree on minimum standards for an entire industry sector rather than negotiating separately with each individual company.

Sanders’ plan would repeal state right-to-work laws that prohibit mandatory union fees charged to non-members to cover their share of collective bargaining costs, and allow workers to form a union through “card check” — an informal process that avoids a secret-ballot election overseen by the National Labor Relations Board. Currently, card check is available if an employer agrees, but Sanders’ plan would make it the main tool for all union organizing.

The plan would codify an Obama-era standard on joint employment, which made it easier for businesses to be held liable for labor violations committed by their franchisees and contractors. The Trump administration is in the process of writing a more business-friendly rule.

Sanders says he would reinstate and expand the Obama administration’s so-called persuader rule, struck down by a federal judge in 2016, which required employers to disclose the hiring of outside consultants to counter union drives even when the consultants didn’t interact with workers (previously, consultants who interacted only with management were exempt). In addition, Sanders would make it illegal for companies to require workers to attend anti-union presentations as a condition of employment.

Sanders’ plan would also permit striking workers to conduct secondary boycotts and pickets that target companies that do business with their employer. The practice is prohibited by the 1947 Taft-Hartley amendments to the National Labor Relations Act, which also ended unencumbered card-check elections and authorized states to pass right-to-work laws.

Sanders also said he would treat domestic and farm employees the same as other workers, making them eligible for overtime pay and giving them the right unionize.

Sanders’ plan would require sweeping changes to U.S. labor law — especially on sector-widebargaining — meaning Democrats would need to control both the House and Senate for the plan to have a chance. Even then, moderate Democrats might be nervous to enact such sweeping changes.

Sanders could accomplish smaller pieces of his plan independently through the NLRB and other agencies, including updating the Obama-era rule on anti-union presentations.

“What I believe is that we’re not going to grow the middle class of this country unless we revitalize the trade union movement and unless we provide the opportunity for millions of workers to do what they want, and that is to join trade unions,” Sanders told Bloomberg.

What have other Democrats proposed?

As one would expect, some aspects of Sanders’ plan are slightly left of other candidates. Mayor Pete Buttigieg, for example, would require equal time for anti- and pro-union consultants in the workplace, but Buttigieg did not say he would ban anti-union presentations altogether. And while other candidates support ending right to work, they haven’t been as vocal about sector-wide bargaining. 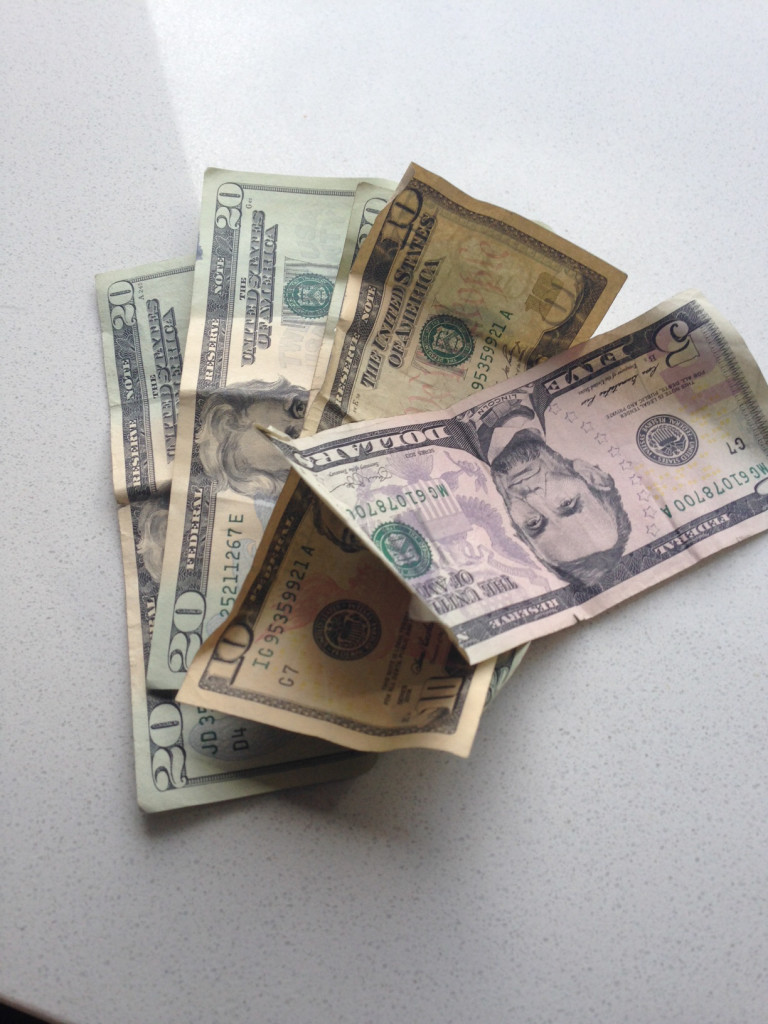 When the Trump administration announced Sunday it reached a new NAFTA deal, unions might have been expected to be shouting from the rooftops.

In public statements, union leaders cautioned that the so-called U.S.-Mexico-Canada Agreement might not amount to a significant improvement for American workers. Though they acknowledged improvements, the labor chiefs warned that the Trump administration could easily fail to enforce labor protections in the new agreement.

With a month until midterm elections, where Democrats could wrest back control of one or both chambers of Congress, their response is certainly political. But it also reflects a deep distrust among unions that a Republican administration — one that has repealed scores of workers’ safety protections, canceled raises for federal workers and sought to weaken government unions — will remain a steadfast ally on trade.

“Even when you have good content [in trade deals], we’ve seen a failure to enforce by both Republican and Democratic administrations, which is just as important as the words on paper,” said Thea Lee, a trade economist and president of the Economic Policy Institute. “The lack of specifics is why you’re seeing people withholding some of their praise.”

Unions scrambled Monday to make sense of the agreement. In a blog post, AFL-CIO trade policy specialist Celeste Drake lamented that the text of the agreement is incomplete.

“In some places, the text is still in draft form,” Drake wrote. “In other places, important terms remain bracketed (unresolved) and in some cases, including with respect to the government procurement schedules, there is no text to review.”

While the agreement includes some favorable provisions for unions, they didn’t get one of their major asks. Unions have long sought the right to pursue labor complaints independently of the U.S. trade representative, similar to the right that corporations have under a process called investor-state dispute settlement.

The U.S.-Mexico-Canada Agreement would eliminate investor-state dispute settlement with Canada and limit it with Mexico, which unions view as a positive step. However, unions still wouldn’t be able to pursue labor claims on their own.

Virtually every union leader who commented on the agreement Monday was noncommittal.

“The key question now is whether this new agreement, when final, will make a measurable difference in workers’ lives and whether workers will have confidence in the new provisions and the commitment of government to enforce those provisions,” Gerard, who served as chairman of USTR’s labor advisory committee, said in a statement.

Congress must approve the deal — though a vote wouldn’t happen until next year, after the midterm elections, where Democrats are poised to make significant gains. If that happens, unions may be able to exact more favorable terms.

Rep. Richard Neal (D-Mass.), who is in line to become Ways and Means chairman if Democrats win control of the House in November, said he’s concerned about “the enforcement and enforceability of the agreement’s provisions,” particularly in protectionsfor workers and the environment.

“The bar for supporting a new NAFTA will be high,” Neal said in a statement.

“We don’t know what Congress will look like next year,” said one union official, who spoke on the condition of anonymity. “But we hope there will be a fair-trade majority. I think they will have a pretty strong leverage position.”