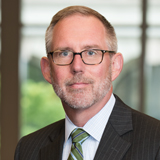 The Senate today confirmed John Ring to the National Labor Relations Board, restoring Republican control after a nearly four-month stalemate.

The Senate voted 50-48 to confirm Ring, a Morgan Lewis attorney who has represented businesses in disputes with labor unions. His arrival gives Republicans a three-person majority on the five-member board, allowing the GOP to resume rolling back Obama-era decisions in favor of unions.

At the top of the list will be reversing the Obama-era joint employer standard, which determines who’s responsible for labor violations committed by franchisees and contractors. Republicans reversed the Obama-era Browning-Ferris Industries decision in December, only to vacate the new ruling weeks later after the NLRB inspector general concluded that Trump appointee William Emanuel had a conflict with his former law firm.

POLITICO is reporting that John Ring’s confirmation vote to the NLRB will be Wednesday, according to a spokesperson for Sen. Patty Murray (D-Wash.), ranking member of the Senate HELP committee.

Sen. Mitch McConnell (R-Ky.) scheduled a cloture vote on Ring’s nomination for 2:15 p.m. today, followed by 30 hours of debate if needed. Ring, an attorney with the management-side law firm Morgan Lewis, has attracted scrutiny from Democrats for his work representing large corporations.

The Trump administration’s previously confirmed NLRB choice, Bill Emanuel, was recently faulted by the agency’s inspector general over his failure to recuse himself in a case in which, the inspector general said, Emanuel had a conflict of interest owing to his previous employment by Littler Mendelson, another management-side law firm. Ring provided a list of clients to senators after his confirmation hearing last month.

Sen. Elizabeth Warren (D-Mass.) urged lawmakers to reject Ring’s nomination from the Senate floor today, citing the potential for a conflict of interest. “Mr. Ring’s long list of clients is a huge red flag: either he’ll ignore the ethics rules when they’re inconvenient, like Mr. Emanuel did, or he’ll likely have to recuse himself from important cases.”

The National Right To Work Committee — not typically a Warren ally — has expressed similar objections to Ring, though for a different reason. The committee said it worried that, between Emanuel and Ring, the Republican majority would recuse itself out of opportunities to reverse Obama-era precedents. 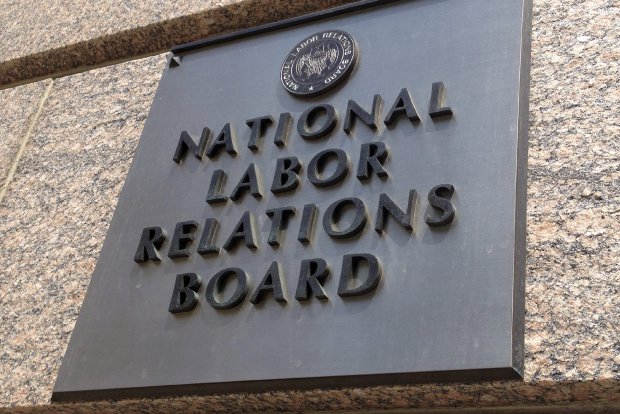 Ring agreed, in a reply to written questions from ranking member Patty Murray (D-Wash.), that for the next two years he “will not participate in any matter that comes before the board” if Morgan Lewis “represents, or represented, a party.” He also agreed to seek guidance from the NLRB’s ethics officer whenever a future proceeding might pose a potential conflict of interest.

Ring is being subjected to heightened scrutiny because in December, a previous Trump administration nominee, William Emanuel, participated in an important pro-business ruling, Hy-Brand, regarding which NLRB’s inspector general concluded Emanuel had a conflict of interest. In response, the NLRB vacated its Hy-Brand ruling.

Ring said he personally had no cases currently before the board or on appeal in which he represents a party. Among his clients since 2016, he said, were Amazon, Bechtel, Google, Marriott, Northrop Grumman, and pension and health care funds for the Teamsters, UNITE HERE, and the New York State Teamsters. “Note that this list includes entities for which reporting was not required by the 278e financial disclosure,” Ring wrote.

The vote was previously scheduled for today, although no time or location was set.

In addition to Ring’s nomination, the committee will vote Thursday on Marco Rajkovich’s nomination to the Federal Mine Safety and Health Review Commission.