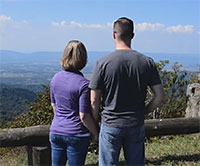 Reaching for the Summit of Positive Employee Relations The CUE offices are dark, and all the stuff we need to run the big show in Denver is packed and shipped as we begin the long trek from the mountains of Georgia to the Rocky Mountains and Denver.

Here are some quick hit headlines to keep you up-to-date on the labor front for today.

See you in Denver!