According to a report from POLITICO, four former employees of IBM sued the tech company today in New York district court on grounds that it violated federal laws prohibiting age discrimination.

The lawsuit charges that in 2014, IBM altered its policy of disclosing the ages of employees affected by group layoffs as required under the Older Workers Benefit Protection Act.

The law, which is intended to protect older workers from age discrimination, requires that when an employer requests that employees over age 40 waive their rights under the Age Discrimination in Employment Act, the company must furnish a breakdown of the ages of those being fired.

The legal action follows an investigative report published last year by ProPublica that found IBM shed more than 20,000 employees aged 40 and over in a span of five years. 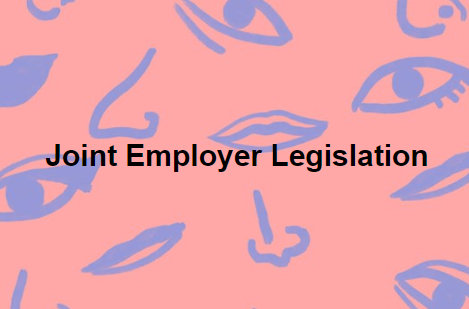 As reported by POLITICO, Rep. Steve Chabot (R-Ohio) today introduced a bill that would shield franchisers from certain joint-employment lawsuits.

The so-called “Trademark Licensing Protection Act” would bar franchisers from being classified as a joint employer — and therefore liable for labor violations by its franchisees and contractors — if its actions enforce trademark protection standards.

The bill would update the Trademark Act of 1946, clarifying that enforcing trademark standards “may not be construed as establishing an employment or principal-agent relationship between the owner of the mark and the related company.”

Business groups have been pushing Congress to rewrite the standard for joint employment as defined by the National Labor Relations Board. Under former President Barack Obama, the board ruled that franchisers need exercise only indirect control over franchisees to be held liable.

“Franchise businesses are in a Catch-22,” Matt Haller, the head lobbyist for the International Franchise Association, said in a statement. “They are at once required to maintain standards and possibly liable for efforts to maintain them. This bill can clarify these competing standards to allow for franchise businesses to grow, train workers, and strengthen local economies.”

IFA said the bill would be co-sponsored by Rep. Henry Cuellar (D-Tex.), who voted with Republicans on a joint employer bill last year.