Big labor story out of California on POLITICO Pro about how SEIU is using the ballot box to leverage bargaining.  This is starting to look like a bit of a trend with various California unions playing politics with employers via ballot initiatives or legislation. Late last year, the LA Times reported  that California legislators and Gov. Brown, enacted legislation threatening to withhold rebates on electric vehicles unless their manufacturers can be certified “as being fair and responsible in the treatment of their workers.”  That move was perceived to be a warning shot aimed at Tesla by the UAW which is trying to organize the electric car manufacturer.

One of California’s most powerful health care unions wants the public to press hospitals and insurers over high costs, filing 10 state and local propositions for November’s elections — a tactic critics deride as an inappropriate attempt to gain negotiating leverage via the ballot box.

Following victories to raise the minimum wage in Arizona, Colorado, Maine and Washington, the Service Employees International Union – United Healthcare Workers West got state approval to collect signatures for two California propositions: one to prevent health insurers with high reserves from raising premiums, and another that would tax millionaires to help fund safety-net hospitals and clinics.

The union was already seeking signatures for a third statewide measure, to set minimum staffing levels at hundreds of dialysis centers. In addition, it has filed seven local initiatives — five of them to set limits on charges at Stanford Health system hospitals and clinics. Signature-gathering for a measure directed at the flagship Stanford University Medical Center began this weekend.

SEIU-UHW has a history of filing ballot measures that would affect organizations whose workers it represents, or wants to. Most of them never actually get voted on: The union has often dropped them partway through the arduous ballot-qualification process, raising questions about its intent.

This year, union leaders filed more referendums than in the past six years combined. Building on California’s widespread spirit of resistance to the current administration in Washington, they contend that President Donald Trump’s assaults on health care and hospital executives’ lack of action to control costs is forcing labor’s hand.

“Ballot initiatives are an important part of the public policy debate,” said Dave Regan, president of SEIU-UHW. “We believe the system would be better if it produced outcomes that reflect what the majority of Californians and the majority of Americans want, which is less expensive health care that is accessible and high quality.”

Stanford and Kaiser Permanente, the apparent target of the proposal to limit excess reserves, bitterly disagree — as does the California Hospital Association, which says the union is trying to strong-arm its members by using the ballot box to influence negotiations.

SEIU-UHW affiliates in other states have sought health-related ballot measures in recent years but none as aggressively as the 93,000-member California local, which devotes much of its home page to the effort.

Yet not a single one of its initiatives in recent years has taken effect. Of the seven statewide measures filed between 2012 and 2016, five were dropped before submitting signatures to qualify. The union claimed victory on a sixth — a 2016 measure to raise the minimum wage — after the state Legislature approved phasing in a $15 per-hour minimum, making the initiative unnecessary. That same year, a measure that would have limited hospital executives’ compensation to the same level as the U.S. president qualified for the ballot, but was pulled before voting when an arbitrator ruled it violated an earlier agreement between SEIU-UHW and the hospitals.

In a rare local victory, Santa Clara County voters in 2012 approved a salary cap at El Camino Hospital — but a judge later ruled the initiative process did not apply to health care districts.

The referendum strategy doesn’t come cheap. It costs money to file measures, pay people to gather signatures, hire lawyers to review language and fend off challenges, and foot the bill for advertising and other expenses associated with mounting what is basically a political campaign.

The union has spent $21.2 million on ballot measures in California since the 2012 election cycle.

SEIU-UHW officials believe the cost is worth it.

Regan, the head of the local, points to the minimum wage proposition’s role in propelling a vote by the Legislature, the successful initiatives on the same issue in other states, and Maine residents’ approval of a Medicaid expansion vehemently opposed by their governor.

“Sometimes the initiatives we file go all the way to the voters; sometimes they don’t,” Regan said, describing the withdrawals and pitfalls as a normal part of a participatory political process that serves as a counterweight to corporate control of American health care.

“The investment is worth it because we should have a system that produces what the majority wants, which is less expensive, higher-quality care,” he said.

Of the three statewide initiatives SEIU filed this year, the proposition that would mandate staffing levels and control costs at more than 600 kidney dialysis centers, most owned by two highly profitable companies, is by far the closest to getting on the ballot. Union officials say they’ve collected far more than the 366,000 signatures required, but will continue to make sure enough pass muster.

Union officials say the others, both given initial approval by the secretary of state in the last two weeks, must be assessed for “viability” and “ultimate resource allocation” before starting to gather signatures.

The one designed to curb health insurers’ reserves seems to aim squarely at giant Kaiser Permanente.

While most other health insurance plans can stay below the limit, Kaiser says its structure as an integrated system – it is both an insurer and owner of valuable hospitals and clinics statewide — means it could not avoid the “excess surplus” threshold.

Kaiser spokesman John Nelson says the referendum is really an effort by SEIU-UHW to take control over Kaiser’s coalition of unions, violating the spirit of a long-standing labor-management partnership agreement covering more than 100,000 Kaiser workers in 28 local and a dozen international unions nationwide.

“This particular initiative targets Kaiser Permanente by claiming our hospitals and medical equipment are ‘excess surplus’ that we should eliminate,” Nelson said. “Obviously, our hospitals are an integral and critical part of how we deliver care, so it’s clear that this initiative wasn’t written to benefit the people of California.”

A recent report from the state Legislative Analyst’s Office found the measure could lead to higher health costs. Even other labor groups have pushed back. In a letter sent to the head of the state Assembly late last year, four unions — including AFSCME and the United Food and Commercial Workers — accuse an unnamed local that is clearly SEIU-UHW of pursuing an initiative they contend will have a “severe and detrimental impact” on upcoming Kaiser negotiations.

The initiative targeting the wealthy proposes to add a 1 percent tax on personal incomes over $1 million, and use most of the estimated $1.5 to $2.5 billion raised to fund safety-net hospitals and community health clinics.

On the local front, SEIU-UHW is going after Stanford University Medical Center in Palo Alto plus four affiliated hospitals in the Bay Area, as well as two unrelated hospitals in Pomona and Watsonville. The Stanford and Watsonville measures would limit providers to charging no more than 15 percent above the cost of care; the Pomona referendum seeks to raise wages and give workers more hours.

The union represents workers at the academic medical center but not at Stanford facilities in the four other cities targeted: Emeryville, Livermore, Redwood City and Pleasanton. It says the measures capping medical bills would protect patients from being overcharged.

Stanford declined to speculate on the union’s motives but was blunt about the predicted impact.

Patrick Bartosch, spokesman for Stanford Health, says he believes the initiatives would have “a disastrous impact” on both hospitals and patients, and increase the cost of care. “If each city in our country were to adapt similar measures, the entire U.S. health care system would be in jeopardy,” he said.

Harassment in the Headlines

It’s not just an SEIU problem. Some union leaders say sexual harassment is a widespread problem within organized labor, just as it is in the rest of the workforce.

“Every woman that I know, whether they’re in management or punch the clock, has faced it,” including those working for unions, said Lori Pelletier, president of the Connecticut AFL-CIO and former leader of the organization’s national LGBT group. “If it is a co-worker or a union brother or a union sister, it’s hard. You somehow feel the betrayal of trust.”

It’s been ten months since Mickey Kasparian, President of United Foodservice and Commercial Workers (UFCW) Local 135 was named in a complaint charging him with gender discrimination and retaliation by former union employee Sandy Naranjo.

Some unions are talking about harassment and how they can help employees who face these problems in the workplace when their employers won’t. “There is stuff going on in restaurants that people are afraid to talk about” regarding employers, managers, and co-workers, says Nicole Battle, president of the Pittsburgh chapter of the U.S. Bartenders’ Guild. “Some women are concerned that if they come forward and speak out, they will be blacklisted and they won’t get a job.” Restaurant worker advocacy group Restaurant Opportunities Center United has reported that over 30 percent of sexual harassment complaints filed with the EEOC come from the restaurant industry.

It’s clear that one pillar of your positive employee relations program has got to be a robust strategy for preventing and correcting any form of harassment in the workplace. 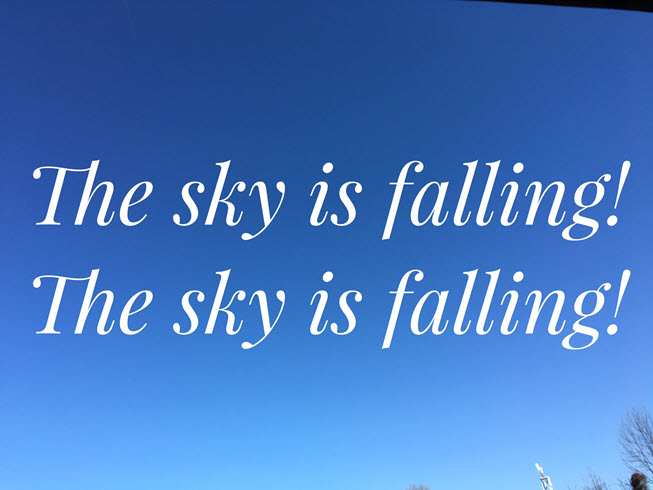