Attorneys for Browning-Ferris Industries — the subject of a 2015 NLRB decision that made it easier to hold companies liable for labor violations committed by their franchisees and contractors — filed a motion in federal court today opposing efforts to send the case back to the NLRB.

The motion argued that litigation over the NLRB’s Browning-Ferris decision, which broadened the definition of so-called joint employment, should not be remanded to the NLRB because the board hasn’t yet established what its policy will be going forward on joint employment.

In December, the NLRB reversed Browning-Ferris in Hy-Brand, a pro-business decision that narrowed the board’s definition of joint employment in a way that made it harder to hold companies liable for labor violations committed by their franchisees and contractors. But the NLRB’s inspector general found that William Emanuel, a Trump appointee to the board, should not have participated in Hy-Brand because he had a conflict of interest. After the inspector general’s report, the board vacated Hy-Brand and reinstated the Browning-Ferris standard.

Attorneys representing Hy-Brand last week asked the NLRB to reconsider vacating the decision. The board cut Emanuel improperly out of deliberations on whether to withdraw the decision, the company said. It also alleged that Mark Gaston Pearce leaked advance news of the pending decision to attendees at an American Bar Association conference in Puerto Rico and that Sen. Patty Murray (D-Wash.) compromised due process by revealing publicly the existence of a follow-up inspector general investigation.

The motion filed by Browning-Ferris’ lawyers today argued that the NLRB’s request to reopen Browning-Ferris is “premature,” and that the now-withdrawn Hy-Brand decision “evidences a desire by the board majority at that time to overrule the Browning-Ferris joint employer standard in an appropriate case.” 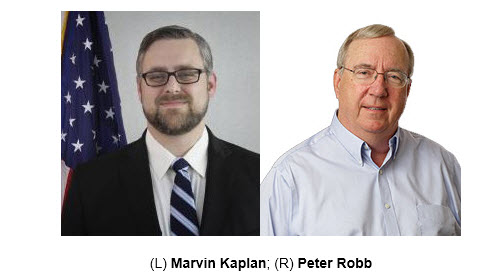 Mulvaney: Joint employer decision could mean the ‘end of the franchising business as we know it’

Mulvaney: Joint employer decision could mean the ‘end of the franchising business as we know it’

OMB Director Mick Mulvaney today gave a grim assessment of the NLRB’s recent decision to withdraw its December Hy-brand ruling on joint employment, saying it could spell the “end of the franchising business as we know it.”

Mulvaney, speaking at a Chamber of Commerce event, said he would “look into” the board’s decision to vacate Hy-brand, which reversed the Obama board’s decision in Browning-Ferris Industries. That 2015 decision made it easier to hold businesses liable for labor violations committed by their franchisees and contractors.

The NLRB overturned Browning-Ferris in December, but pulled a 180 this week after an inspector general’s report found that a Trump-appointed NLRB member, William Emanuel, should have recused himself due to a conflict with his former law firm.

“I’m surprised by that and I’ll leave it at that,” Mulvaney said. “For those who don’t follow this, the joint employer rule could be the … end of the franchising business as we know it.”

Mulvaney — who previously owned a strip-mall Mexican food franchise and at one point planned to open additional locations — said he would not want to be held legally responsible for what a franchisee did with a restaurant or other franchise.

Mulvaney didn’t specify what action he’d take, but he might put the Trump administration more aggressively behind a bill, H.R. 3441 (115), that would codify the Hy-brand standard; it cleared the House in November. “I’ll put my OMB hat on for a second and say we’ll look into that,” he said.