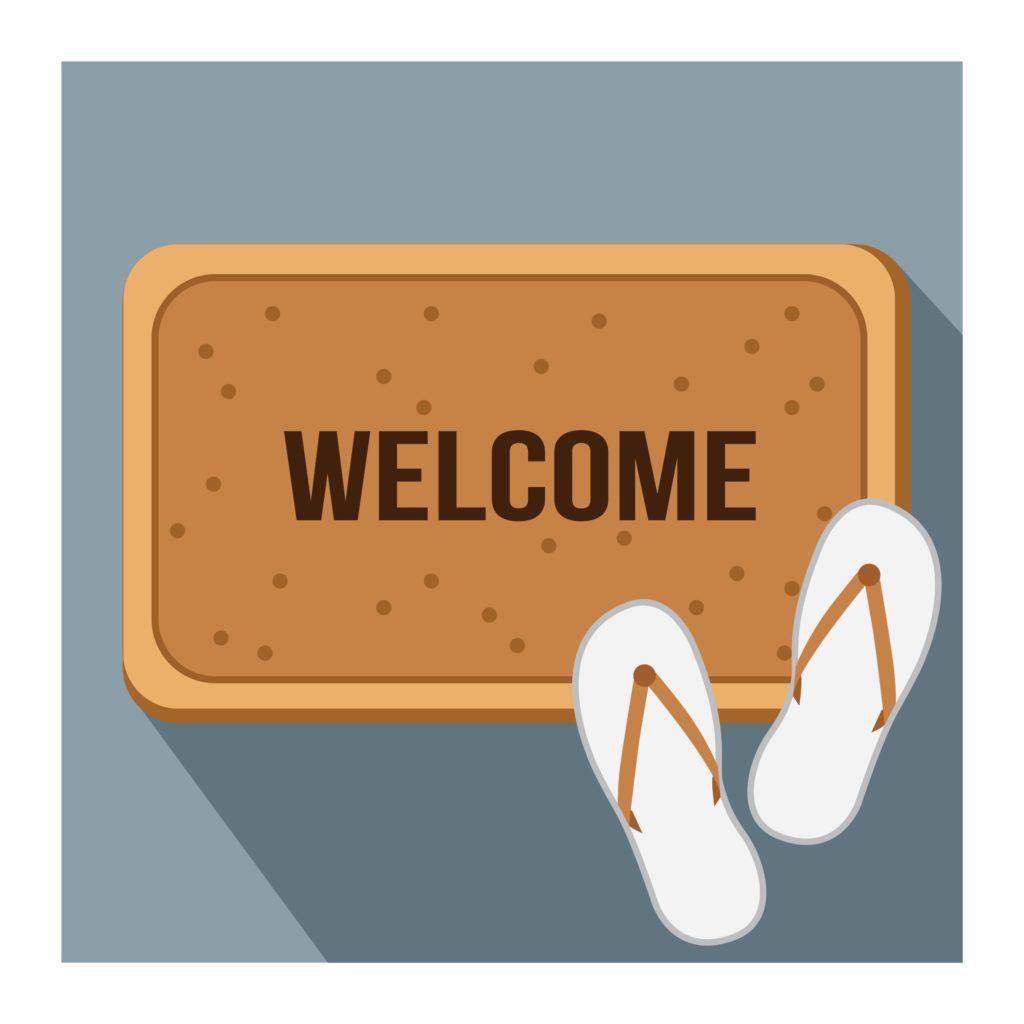 Owners tend to roll out the welcome mat faster than renters do.

During the CUE spring 2017 conference, Greg Hawks delivered a highly entertaining and enlightening keynote session on how we can unlock an ownership culture at our companies. We got so much good information, that we’ve divided his presentation into three parts. In the first article, we explored what an ownership culture means, and how accountability comes into play. In the second article in the series, we learned how owners increase value and assume responsibility.

Greg has two jobs. By day, he works as a Corporate Culture Specialist, where he mentors leaders, develops teams, crafts culture, and empowers employees. After hours, he’s a real estate investor who manages rental properties. His real estate strategy is simple: buy nice houses, and put nice people in them. Along the way, he’s learned a few key traits about having an owner’s mentality.

Owners tend to be inclusive, and readily welcome you into their homes. On the other hand, Greg learned that renters tend to be exclusive. Greg likes to check on his properties, and although he has excellent relationships with his tenants, they often hold the door ajar and say, “Oh, it’s you again.” In other words, they don’t exactly roll out the welcome mat for him.

In our last article, we learned that Greg had a renter who was reluctant to tell him about her broken oven and stove. Remember, Greg’s real estate strategy is to buy nice houses and put nice people in them. So, he immediately wanted to make things right and asked the renter to pick out the stove.

Greg knows that the tenant is going to have to live with the new stove, so he wanted to involve her in the buying process. The same thing happens at work all the time. We make decisions that impact others, without involving them or getting their buy-in. We see this all the time with conversations that are about “corporate vs. field” or “sales vs. operations”. It’s a mindset that makes us want to huddle up, hunker down, and keep them out because “they don’t have our best interest in mind.”

It’s hard to figure out a renter’s mindset, just like it’s hard to figure out an employee’s perspective. Sometimes we think we’re treating people well, but we often get blamed by our employees for things that are beyond our control. This can begin a vicious cycle at work. We stop involving our employees in our decisions, and they quickly transform from owners into vandals. We start using words that start separating people into factions.

Every company has a subculture that feeds into this behavior. It even happens when we think we have good intentions. For example, every organization has unwritten rules and standards. Let’s say that you’re trying to warn a colleague about another team member’s personality quirk.  The minute you say, “Don’t worry about Joe, he’s just like that. I’m trying to help you out” you’ve painted someone negatively and created division.

Unfortunately, smart people do dumb things all the time and commit acts of vandalism. Vandalism happens when you talk about personal situations that skew other’s perspectives about that person. Instead of talking about personal situations, talk about capacities. If you’re working on a project, involve and include as many stakeholders as possible. It’s the way owners practice inclusion even when they feel resistance from others.

If you’ve ever rented a room in a house, you probably thought that your room was the most important room there. As an owner, the value of the house is the entire property. You like the laundry room as much as the kitchen. You know that rooms don’t have any value without the context of the entire house.

In the workplace, we often create silos at the highest level of our organizations. This creates divisions throughout the company. It’s hard for us to see our department, or “room” as part of the whole. It’s typically very hard for high-level leaders to shift from being an advocate for their area to an advocate for the entire organization.

You don’t create value for your organization by being a champion for your area. Stop standing up for your department. Stand up for the “whole house” first, and then serve your department or division. You’ll add value to your own contributions, and also create value in the people around you.

Greg Hawks is a Corporate Culture Specialist who brings an expansive leadership portfolio to your service.  For two decades he has mentored leaders, developed teams, crafted culture, and empowered employees. His approachable personality and vibrant demeanor are useful attributes for attacking mediocrity. He is not a motivator, he is an instigator. His playful attitude cloaks a directness that pinpoints root issues. Through Hawks Agency, he has originated the Like An Owner® platform. Compelled by the belief that individuals who Think, Act, Lead, and Create Like An Owner® will be more fulfilled and productive. Also, organizations who commit to implement an Ownership Culture will find loyalty and rapid growth, regularly. 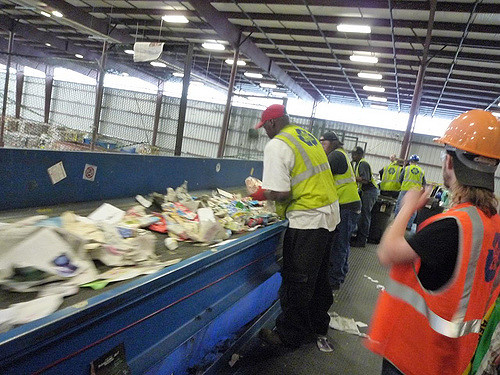 How to Manage Through the NLRB’s Joint Employer Standard

It’s been almost a year since a divided (3-2) National Labor Relations Board (NLRB) handed down a decision that fundamentally changes the employee-employer relationship for staffing agency employees, independent contractors, and their clients.

In Browning-Ferris Industries of California, Inc., the NLRB dramatically expanded the joint employer standard. What does this mean for staffing agencies, their employees, and the companies that engage them? Will this decision have broader implications for independent contractors, franchise owners, and vendor relationships?

Joint employer relationships are as ancient as our common law. Until Browning-Ferris, courts and administrative agencies considered a variety of factors and determine how much actual and direct control each party exercises over an employee to determine if a joint employment relationship exists.

In Browning-Ferris, the majority board members assert that they’re not creating a new joint employer relationship standard. Instead, they’re “restating” the standard. Now, instead of showing actual direct and immediate control over workers and terms and conditions of employment, it’s enough to show that a company potentially can exercise control over a worker’s wages and working conditions, regardless of whether that control is exercised.

Originally the NLRB’s Regional Director found that BFI was not a joint employer because it did not share or co-determine matters that governed the essential terms of employment. BFI controlled the production line and set work schedules, but it did not directly control pay rates, hiring, or supervising Leadpoint employees.

The NLRB overruled the determination of the Regional Director. It found that BFI was a joint employer because, even though it had mostly indirect interaction with Leadpoint employees, it still had enormous influence over their terms and conditions of employment. An election was held, and the Teamsters won the right to represent the Leadpoint employees.

This decision has far reaching implications for staffing agencies, their employees, and the companies that contract with them.

The Browning-Ferris decision takes direct aim at the American contingent workforce. The majority presented statistics to support their position:

The data cited is 10 years old, and doesn’t account for the rise of independent contractors who service the “sharing” economy. And, let’s not forget about the 9 million Americans who work at over 780,000 franchised businesses.

In the NLRB case, BFI supervisors were not involved in hiring Leadpoint employees. However, the Agreement required Leadpoint to ensure that its employees met BFI hiring standards. Leadpoint also administered drug screening and background checks to comply with BFI’s hiring standards, and gave prospective employees a test run on the plant floor.

If you’re a staffing agency, does your client make you ask prospective employees if they ever previously worked for the client company? Does the client set a standard for background investigations or drug screens?

Are schedules and breaks established by the staffing agency, or by the client? Who signs time sheets?

Leadpoint was prohibited from paying a rate in excess of the rate BFI paid its full-time employees who performed a similar task. Since BFI could potentially set wages in this manner, it was deemed to be a joint employer.

If you engage staffing agencies, do you impose a ceiling on the wages they can pay?

Beyond basic safety training, are your employees required to attend mandatory meetings or ongoing training by the company that engages the staffing agency? If so, who conducts it?

The agreement between Leadpoint and BFI stated that no Leadpoint employees should be assigned to BFI for longer than 6 months. This was never enforced.

Browning-Ferris fundamentally changed the way that the NLRB evaluates joint employer relationships. It remains to be seen whether other agencies will follow suit. The decision probably won’t be challenged in court since the BFI election has already been decided and are now subject to statutory time limits. However, this is a case to watch with a GOP majority in both the House and the Senate.

In the meantime, the NLRB is now following the restated joint employer standard, and this will impact union elections and unfair labor practice charges. Temporary agency employees will be considered part of a potential bargaining unit.

Other government agencies may follow suit. The EEOC filed an amicus brief in the Browning-Ferris case, OSHA already is focused on franchises, and the Department of Labor indicated that it also wants to expand the definition of joint employers. The IRS is always happy to help reclassify independent contractors. All of this may change under the Trump administration, but thus far agency appointments aren’t happening at a rapid pace.

So What Should I Do?

Start by reviewing your contracts carefully so that control of terms and conditions of employment fall squarely on the agency, and not on the contacting company. Think about day-to-day operations in terms of Browning-Ferris, and make sure agency management directly supervises agency employees. This may require adding additional management staff.

If you operate a franchised organization, try to have as little influence as possible on the franchisee’s hiring practices and systems. Make suggestions and recommendations instead of imposing rules. Audits are important in the franchise world, but try to keep them limited to tasks that influence the brand, and not the employment relationship.

Finally, make sure you consult carefully with legal counsel, since this article is only provided as a guideline and doesn’t constitute legal advice. Remember that every situation is case-sensitive and requires a separate analysis. 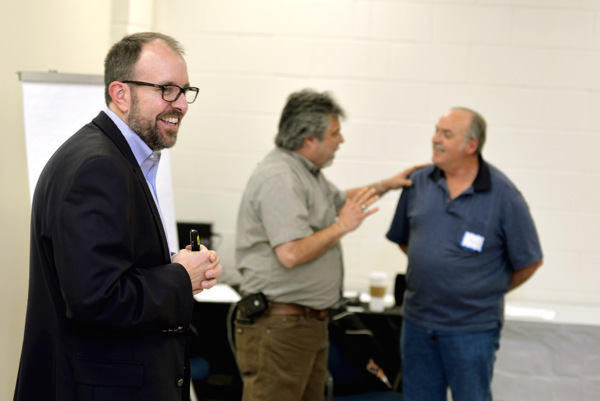 Make The Most of Your CUE Conference Experience (Part 2) Conferences can house hundreds or thousands of intelligent industry professionals and influencers. In fact, the reason “Happy Hour” exists at conferences is so these smart people can intermingle and meet each other. However, this is often easier said than done … unless you have the right plan laid out before you arrive. The checklist below contains some of the most important points to remember if you’re attending a conference with the purpose of networking.

Make connections with these people online before the conference by using the CUE Conference App. Set up a time to meet through the App as well.

When you are at our networking events, cocktail receptions and breaks, make sure you walk around, leave your comfort zone, and start conversations.

Remember to exchange business cards. These will help you stay connected after you have ended the conversation. (Not to mention its a great way to remember names).

Take written (or digital) notes of who you spoke with, what they do, and what they said they could help you with.

Follow up with everyone you met during the conference. For some, this could be  a simple follow on Twitter with a message saying“It was great to connect”. For others, you might want to send a hand written Thank You  note.

Share with your team, who you met and what they can help your team with.